Other than this thing called the Final Four and the massive free concert associated with the tournament, there's not much going on in Phoenix. In Tucson, there will be options all weekend long. The show we recommend going to: the Rap Van Season 1 Recap and Fundraiser. First supporting the Rap Van is a no-brained. It's the literally one of the coolest, most unique ways to catch a show in AZ right now. Secondly, this is a typical show. Rappers Roch, IllSlur, YNot, Lando Chill,

We’re now weeks removed from the festival. What you’re about to read I sat on all this time. I wrote 98% of these paragraphs three days after the festival. I wasn’t sure if I was still “hungover” with excitement from what I had just witnessed so I decided to think about these words. I’ve re-read and re-read these paragraphs. All these weeks later, I still feel the same way. The defintion of festive is jovial and celebratory. Jovial means cheerful and friendly. Well and celebr 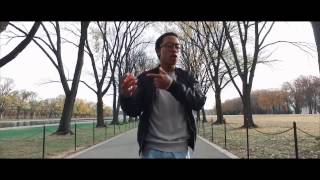 TruVonne aka Aesthetically Sound aka the Beatmaking Aaliyah stopped by the FloCast and yo, was it fun! She's a super, funny, cool artist who makes her own beats and sings like a goddess. Her songs are emotional and honest. Slow your heart beat down and be prepared to go somewhere with her. We discuss the frustrating and cool parts of social media, where her inspiration comes from, and her mind blowing performance at Thirdspace. Featuring songs: Serenity In My Feelings Alri

YOG Westwood kicked it with us on the FloCast to discuss his many experiences as a rapper in the game since 2011. He talked about being welcomed on the west coast as a result of being a dude people liked kicking it with and then hitting them with the rapper label later. He talked about how his feature with E-40 came about. Then we discussed his dope track, called Life, that's on a conscious tip. YOG is a dope rapper who understands the how to make records. Get some knowledge

Rapper MP$, entrepreneur and KILOS NEMOS creator Kilo joined Big Al on the Legal Trap for an entertaining interview. The first 10 minutes are hilarious as MP$ discusses his favorite girls to follow on Twitter. He also discusses the dope music he's made with the TMHWKS and Frame Sinatra.

Marley B. - Work (prod. by Mike Regal) Marley B. has been owning Mondays. His Marley B. Monday series has produced nothing but top notch cuts. Work is no different. Plus Marley’s flow is full of conviction like Andy Dufresne. When he says ain’t no one out working him, he’s not bullshitting. Melikxyz ft. Lil Qwerty and Aydin Immortal of Wolvves Melikxyz is a producer who has worked with Injury Reserve, Lil Qwerty (formerly Milky Mel), and the Wolvves. Here he enlists Qwerty an

Featured show: King of the Dot - No Excuses 3 | March 18 | Jabbar's Hookah Lounge Battling is hip hop. It's one of the purest form of a culture that sough positive forms of competition not involving violence. King of the Dot, out of Canada, created a platform for lyrical sparring that is pretty much unmatched. If you want to be a battle rapper, get on King of the Dots radar. Luckily for AZ two dope battle rappers reside here. As a result, King of the Dot is bringing its show
1
2

Can We All Agree Phoenix Now Has a Hip Hop Scene?